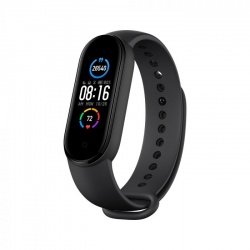 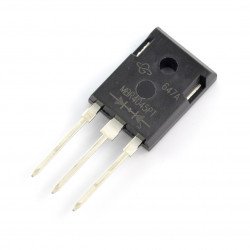 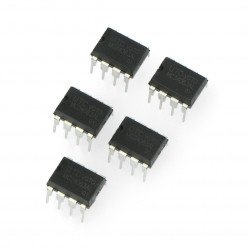 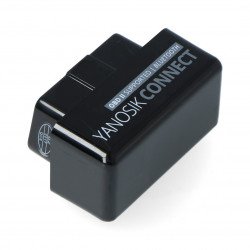 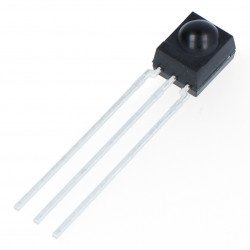 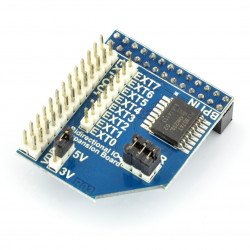 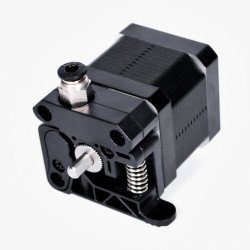 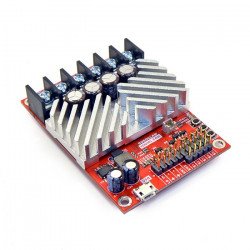 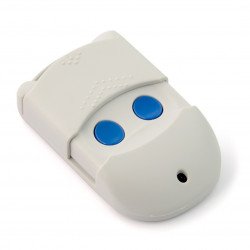 The STM32 microcontrollers, are available in the market for more than ten years, has gained many loyal fans who appreciate them for greater computing performance, powerful version selection of different numbers of contacts, memory sizes and peripherals, and also – no less important for Amateurs and professional developers – low prices retail. It is also known, however, that this is not the simplest microcontrollers, for beginners, and even experienced programmers – a large complexity and diversity of indoor units, peripheral devices, making many people don't know where to start proper training. In this category you will find books that will dissipate Your doubts and will help you quickly and gladly enter the world of 32-bit microcontroller STM32. 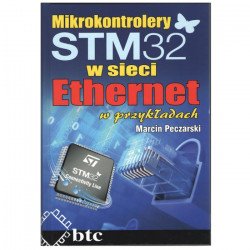 STM32 microcontrollers in the Ethernet network in practise - Marcin Peczarski 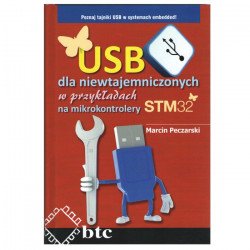 Book available only in Polish! Publisher: BTC. The book shows how to program the USB on the STM32 microcontrollers.
Index: KSZ-03419
Index: KSZ-03419
Shipping in 24 hours
In stock, shipping 24 hours!
(Check quantity) 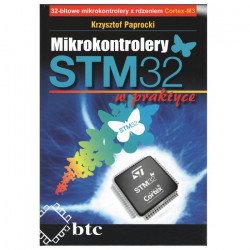 Book available only in Polish! Publisher: BTC. The book is devoted to applications and programming of STM32 microcontrollers, equipped with the Cortex-M3 core.
Index: KSZ-03403
Index: KSZ-03403
Shipping in 24 hours
In stock, shipping 24 hours!
(Check quantity)

An excellent choice to start your adventure with STM32 mikrokontrolerami will be the position of authorship Krzysztof Paprockiego "STM32 Microcontrollers in practice". Although this book was released in 2009, when the market reigned, the family still STM32F1, the principles of operation of systems, STMicroelectronics has not changed. Knowing the philosophy of programming STM32 microcontrollers, fabrication units, peripheral devices, and the design and use of the standard library (Standard Peripheral Library) together with CMSIS, you can easily switch to a newer family of processors as the preferred currently, the library CubeMX. It is important that the market is many companies are still designing their devices using the STM32F1 microcontrollers, hence the knowledge contained in the book has not lost relevance. The continued interest from processors in this series, by the way, proves their versatility and the benefits they offer developers of embedded systems.

The USB programming is obłaskawić demon

The USB interface is an interesting example of the standard, which cost a lot of versatility and ease of use, spends a dream to many programmers of microcontrollers. I will not hide that the USB programming requires much more knowledge and experience than in the case of interfaces, such as UART (and all its varieties), I2C or SPI. For people who want to give their devices the ability to connect with PCs and other USB devices through built-in devices microcontrollers STM32, the workbook was created by Martin Peczarskiego "USB for the uninitiated in the examples for the STM32 microcontrollers". As the name itself indicates that this publication gently introduces beginners to the world of complex but very useful interface, such as USB. A huge advantage of the mentioned monograph is wholly the work presented in the book examples with the representatives of the various series microcontrollers STM32 – STM32F103 from the oldest, through the new STM32F207 to effective STM32F404 core ARM Cortex-M4.

Microcontrollers on the network – and STM32 Ethernet interface

In another complex and many of the developers of the theme of the network interface – Ethernet. Although the market can easily buy cheap modules, performing the role of converters, SPI ↔ Ethernet, however, the application of the embedded block side – i.e., the controller ETH – not only reducing the construction cost, but also increases its capabilities and saves space on the PCB. For people interested in using the networking features of the STM32 microcontroller book by Martin Peczarskiego "Microcontrollers STM32 Ethernet network examples". At almost 300 pages the author explains the essential basics from model laminar AXIS as long as the implementation details of specific protocols using the library lwIP.