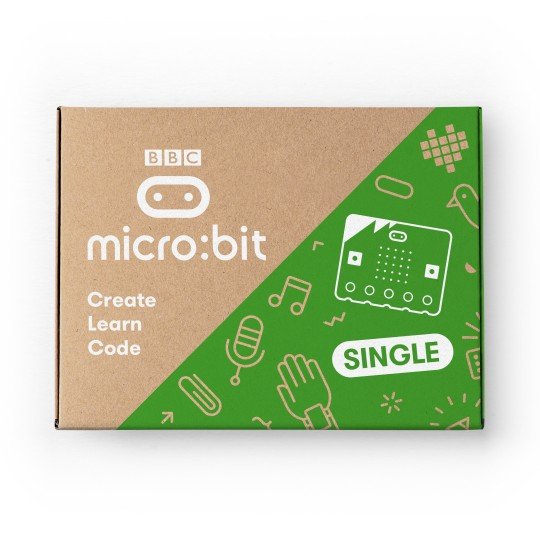 The BBC micro:bit 2 is a small module designed to teach programming. The previous version of this popular board has been used in many schools around the world. The module is based on nRF52833 with ARM Cortex M4 core. It has a built-in microphone, speaker, touch button, accelerometer, magnetometer, Bluetooth 5.0, 5x5 LED display and many others.

Another game popular in many schools around the world modulemicro:bitproduced bi-bi-si in order to encourage the young to programming and design of electronic equipment. Thanks to this Board, children in an accessible form, due to the possibility of programming in a graphical editor like Scratch, you can create your own games or more complex projects.BBC micro:bit 2was based on a systemNRF52833coreARM Cotex M4, and on the plate were items such as: microphone, MEMS, speaker, button (logo), multi-touch, accelerometer, magnetometer, Bluetooth 5.0,a displayLED 5 x 5,button Tact Switchand other.

The last scene micro module:bit is equipped with components such asa MEMS microphoneandspeaker, to create interactive projects,a matrix of LED's 5 x 5for light detection, two programmable buttons, RESET button,touch the button (logo), compass, accelerometer, and Bluetooth 5.0. In addition,the BBC micro:bit 2is equippedwith LEDsthat inform about nutrition and microphone activity. Individual items are allocated and described on the PCB. Tile also has five insights on wire type, tip type "banana" that allow you to connect an auxiliary power source and other peripheral devices, such asserwomechanizmyorRGB-LEDs. 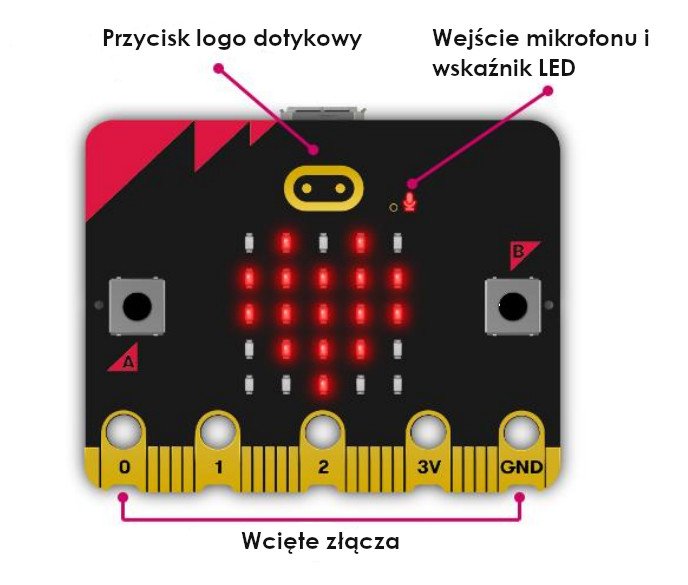 The front tiles of the BBC micro:bit 2.

News against the previous version.

Changes against the previous version 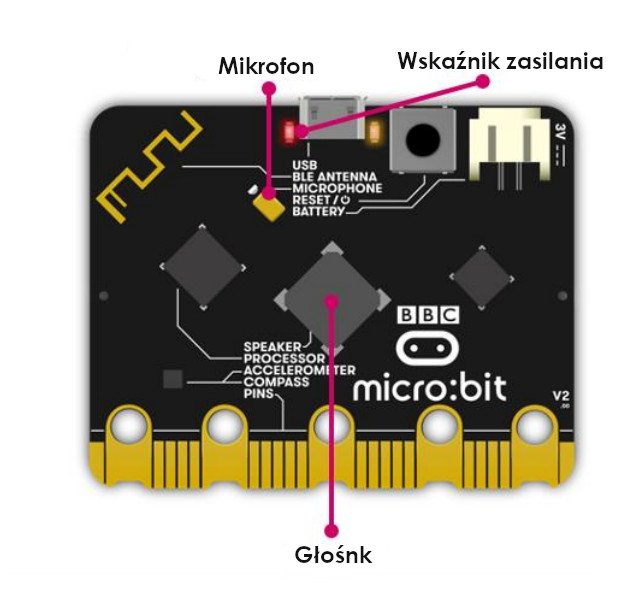 Behind the plate BBC micro:bit 2.
News against the previous version.

Tile BBC micro:bit 2 is designed for the youngest users. Micro:bit can be programmed inthe environment of the web part,the editor micro:bitorthe editor Him. Then simply connect the module via USB and upload the generated script. Connected to the computer the device is seen as "flash memory". Accessories and additional software to a previous version of micro:bit, compatible with version 2.

Specification of the BBC micro:bit 2

Products from the same category: 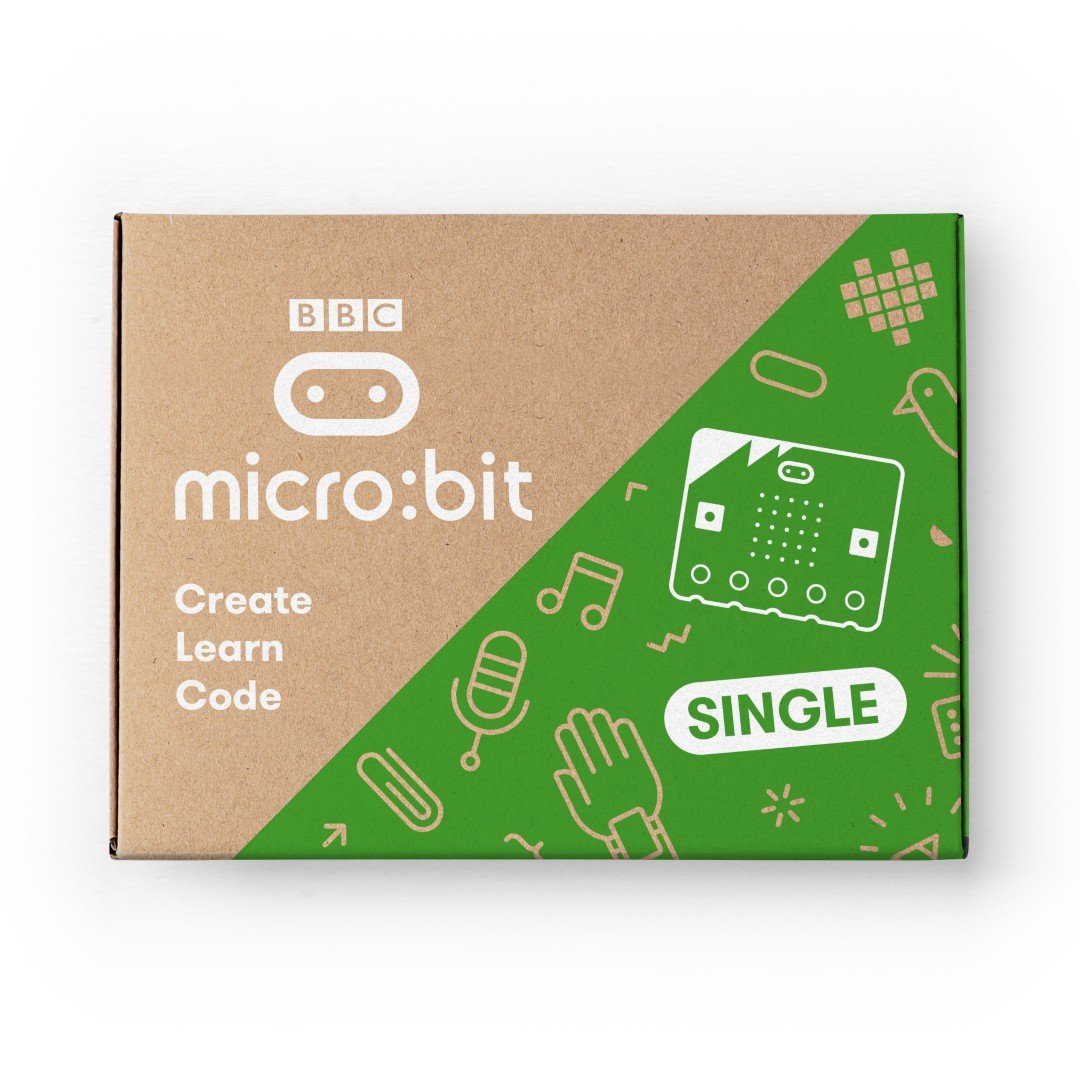 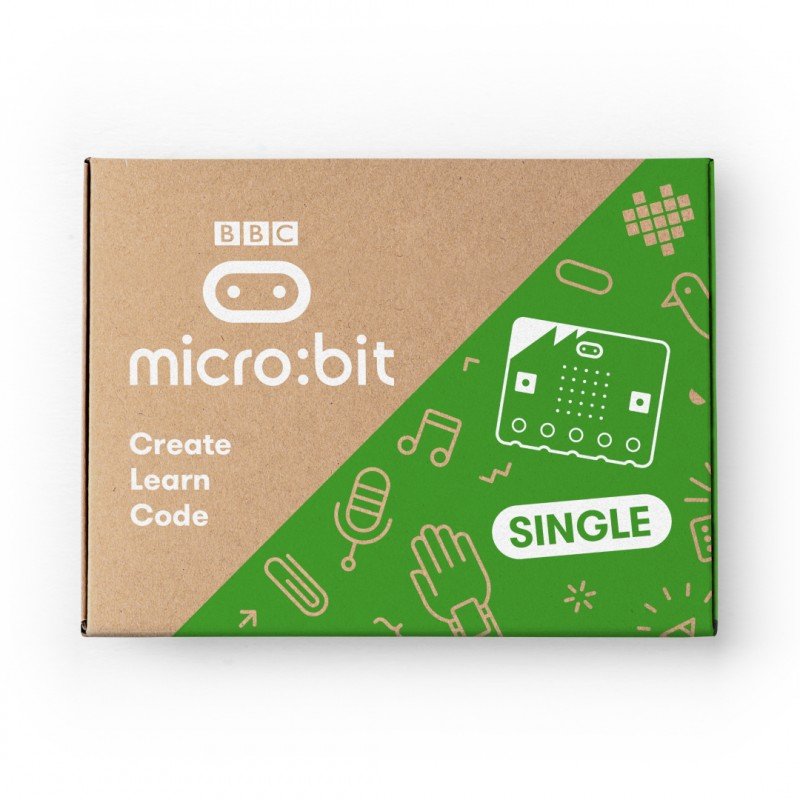 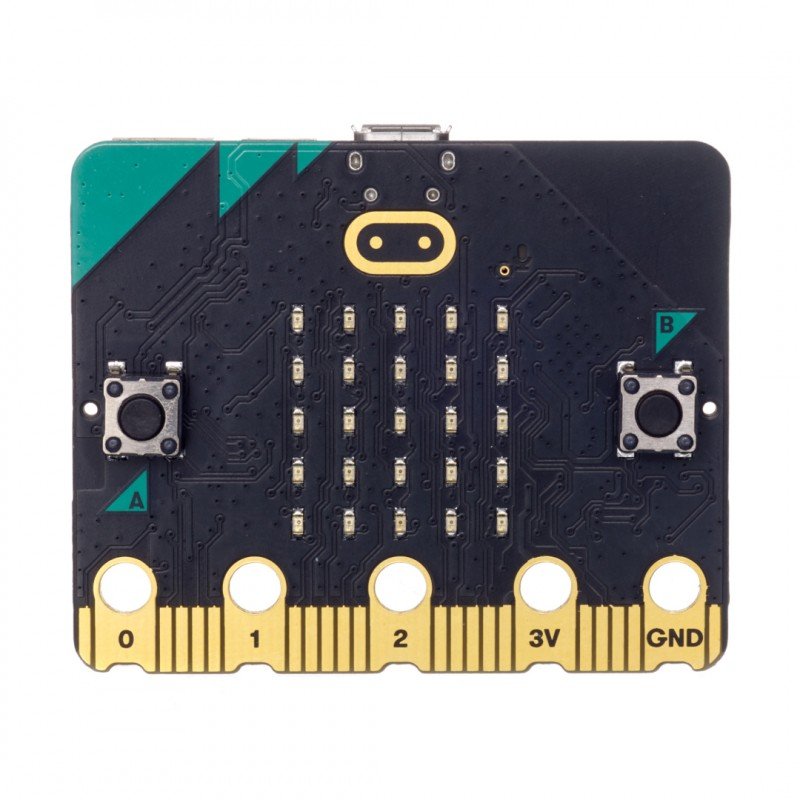 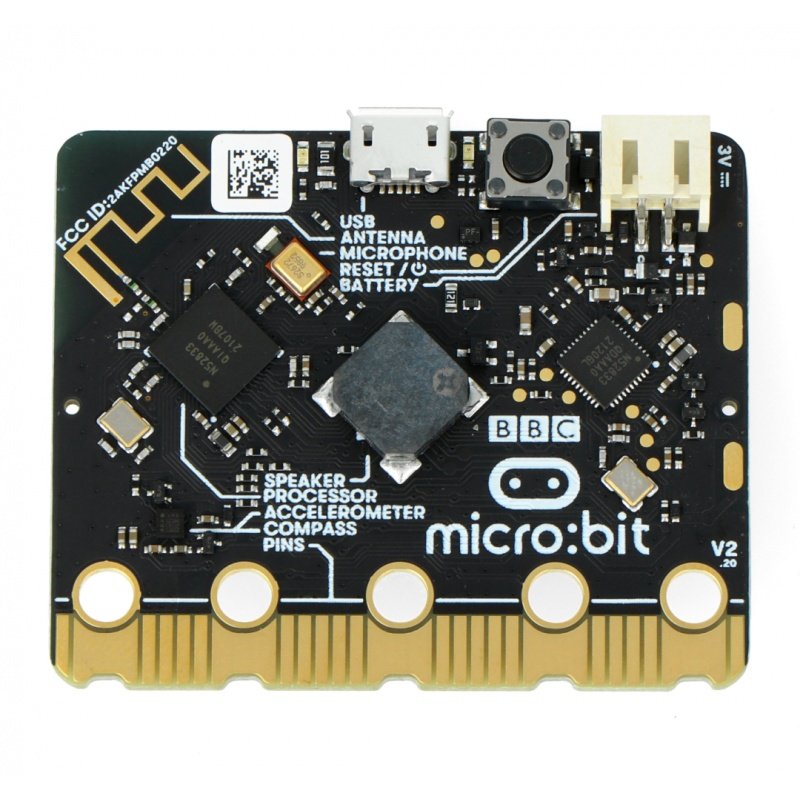 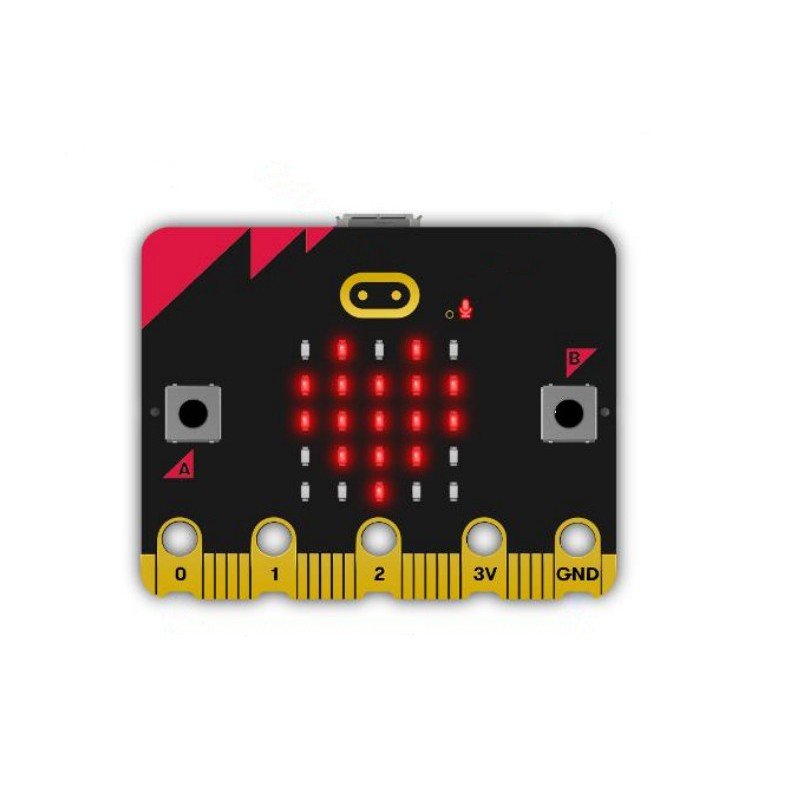 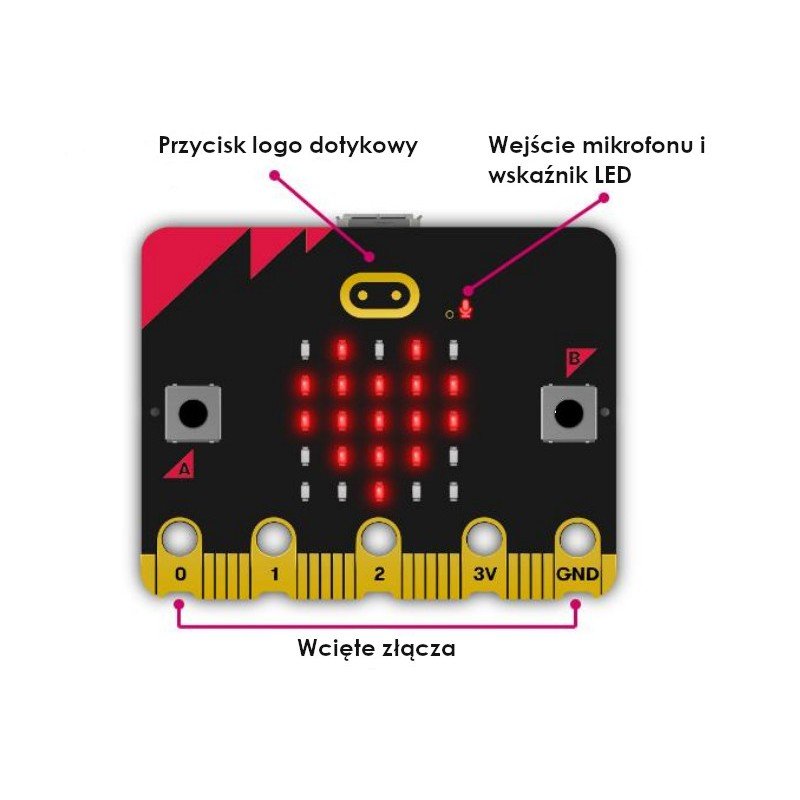 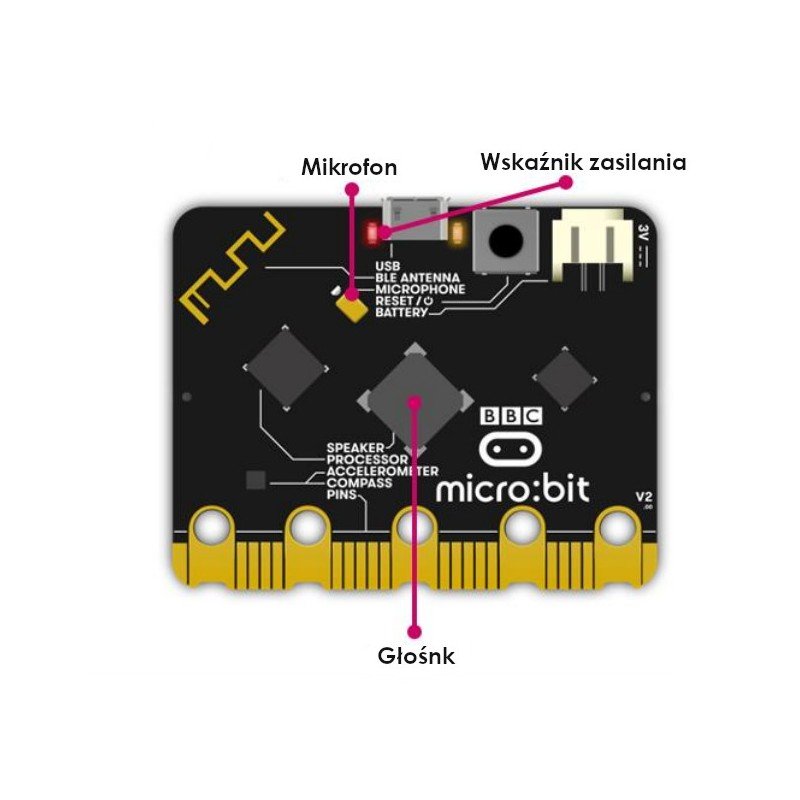