The Arduino Portenta electronic boards are advanced systems designed to work in Internet of Things systems. They can be used for hobby, recreational and educational purposes, as well as fully professional. They will be used in many branches of economic activity, such as industry and agriculture. Advanced Arduino Portenta systems are equipped with efficient and energy-saving multi-core microcontrollers. Microcontroller cores can work independently of each other. Importantly, there is also the possibility of battery power. Arduino boards can communicate with other devices via Wi-Fi (built-in connectivity modules), while the new 80-pin connectors allow you to handle more peripherals. Smart Home, Internet of Things and other projects related to artificial intelligence are also fields of activity that the newest Arduino Portenta board will not be afraid of! Despite their small size, these devices are really very versatile and professional. In this category you will find the best Arduino Portenta systems, including Carrier Board, which extend the system's capabilities with the option of connecting external antennas and serial interfaces such as RS232 / 485 and CAN. The Portenta series boards have been adapted to popular applications, so you don't have to worry about anything. In terms of functionality, they are very similar to Arduino MKR boards and they are fully compatible with them either!
Expand... Collapse...
Products: 4
Loading... 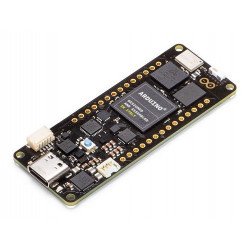 Arduino Portenta H7 is a representative of a new family of systems designed for IoT applications. This efficient and at the same time energy-saving board thanks to...
Index: ARD-16219
Index: ARD-16219
Shipping in 24 hours
Available, 24h shipping!
(Check quantity) 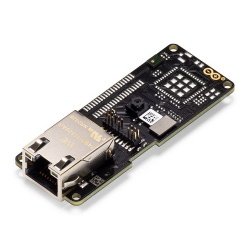 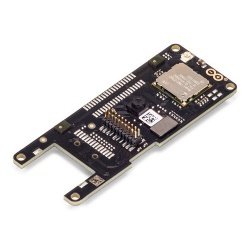 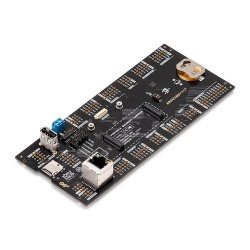 The board is an extension of Arduino Portenta module with additional connectors and leads. The Portenta Breakout module features a power switch, a DIP switch for selecting the...
Index: ARD-19462
Index: ARD-19462
Waiting for delivery
On request. Waiting time 4-6 weeks.

Arduino Portenta – the newest smart board for advanced and industry use

Surely you've heard about the Arduino company, which – together with Raspberry Pi – have dominated the market of programmable electronics intended for electronics hobbyists, but also professionals. The offer of Arduino development boards is extremely wide. We can choose from a variety of small mini-computers and microcontrollers, equipped with powerful microprocessors and advanced sensors.

These devices have been a huge success around the world. They are now used by millions of electronics enthusiasts, pupils and students from all over the world. Nevertheless, Arduino is not only about educational kits and simple development boards for amateurs. It is also a fully exclusive and advanced equipment that can be used to create your own weather station, home electronics management center, monitoring etc. There are many versions of such tiles, which differ in terms of equipment and technical capabilities. A completely new product was presented at the recent CES 2020 technology conference. Yes, it is about Arduino Portenta – the newest board and the one that revolutionizes widely understood home programmable electronics. Portenta is perfect for complex industrial applications and advanced use. See below, why it is so!

Various Arduino boards were often used for tasks that did not require the use of imaging tools or other digital signals. Although it was possible, many features were missing. The new Arduino Portenta series microcomputers meet the needs of more advanced enthusiasts of electronics and are fully technically prepared for various demanding applications.

Arduino Portenta is able to handle tasks that use artificial intelligence algorithms. Potent is often used to analyze an image or other signals: both digital and analog. At the same time, these products are quite universal, which is favored by keeping the size consistent with the standard known from the Arduino MKR series. This means that all models of the Portenta series are compatible with all overlays that fit the MKR series.

The Arduino Portenta, however, has much more possibilities than the boards and such advanced boards from the MKR series. Most importantly, note that there are as many as 80 additional pins on the bottom of the board. The Arduino Portenta series boards are also compatible with the MKR standard and are not limited by too few pins. They can be used to create various electronic projects, both robots and automatic production control systems or software related to artificial intelligence!

In this category you will find different versions of the Arduino Portenta. At the beginning, a good choice may be the basic board from the Portenta series - Arduino Portenta H7. The device is equipped with a specialized system of two asymmetric processor cores. This allows you to work with two completely different tasks simultaneously.

Portenta can work simultaneously on low level tasks and more advanced works (A.I.) The STM32H747 microcontroller with a Cortex-M7 core (480Mhz) and a Cotex-M4 core (up to 240Mhz) will use the modern Arm Pelion technology. 'On the board' we can also find built-in Bluetooth and Wi-Fi wireless interfaces, allowing the use of the Access Point. Lots of connectors and outputs (DisplayPort, USB C), proprietary NXP SE0502 cryptographic chip, special battery charging system, meters, sensors, UART system... there are so many technical advantages of Portenta that they're really hard to explain in one place! See it for yourself on a given product card or just get your Portenta right now!