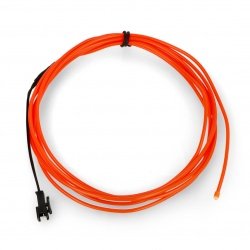 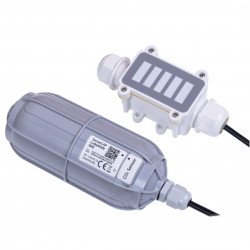 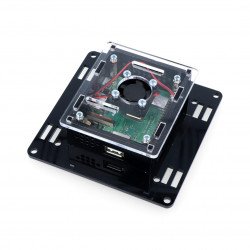 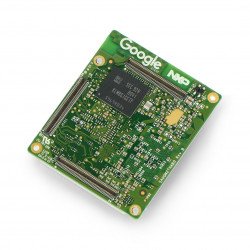 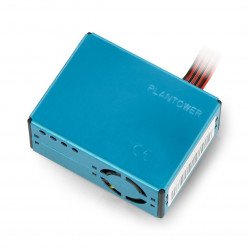 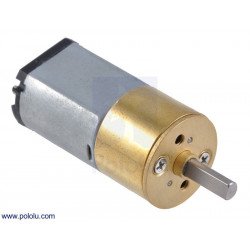 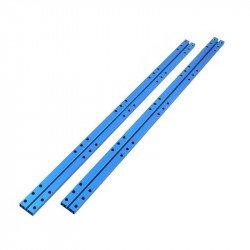 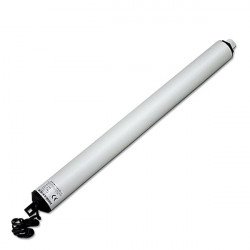 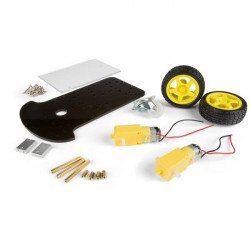 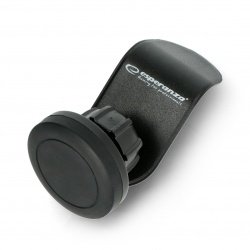 Dreams of flying since the beginning of mankind arose in the minds of many, and not surprisingly – this freedom that gives you the opportunity wzbicia in the air, gives no other form of movement. Today, in the age of drones and virtual reality, you don't even need to sit in big cars – great fun, gives the mere piloting of aircraft models and implemented them through their films and photos of passion. In this category you will find the blade that needs to have every drone pilot for a small, Amateur construction and professional equipment for use in professional photography. 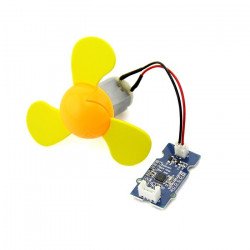 Fan made of soft material, with a DC motor and a control unit, based on ATmega168. The board has additional input, for example for the servo connection.
Index: SEE-04444
Index: SEE-04444
Waiting for delivery
Na zamówienie. Czas oczekiwania 4-6 tygodni

Fan of soft material, with a DC motor and a controller, based on ATmega168. The board has additional pins, for example for the servo connection.
Index: SEE-11336
Index: SEE-11336
Waiting for delivery
Waiting time: approx. 10-30 days

The choice of screws, or a little of theory

Among the machines wielowirnikowych there are two main, most common types, different number of engines – in the case of four drives, we're talking about quadrocopterach, but if we are dealing with a machine of six drive motors – we call it hexacopterem. The number of actuators defines the maximum carrying capacity, although its increase has a positive effect not only on this parameter because the improvement can also be maximum height of flight, stability, maneuvering and safety in the event of failure of one of screws. Regardless of how many drives were used in this project, the most common configuration is as follows: that the second propeller rotates clockwise (let's call them then CW) and the rest in the opposite direction (counterclockwise). In Polish literature one can meet also the term "screw the right" and "left propeller". In addition to the direction of rotation, are also important dimensions of the propeller, its shape and the material from which it was made (affecting the mass of an element and its strength and coefficient of friction).

Propellers are used to drive the drones can be divided into two groups. Specialized, i.e. adapted for a specific type of machine, and universal, which are suitable in the construction of models for DIY or as a substitute for the original parts. In the case of screws designed all sizes and other technical parameters meet the design. Propeller universal, on the contrary, are adapted for use with different engines. In order to provide these elements, versatility, complete sets of screws (as this is often how they are sold) adds sets of lugs in the form of small plugs with different hole diameters. Picking up the nozzle, suitable for shaft diameter of existing engines it is possible to obtain a reliable connection element with actuator, without any additional alterations. Manual reaming of the holes may in fact lead to a curvature axis and, consequently, will lead to significant oscillations (wobbling) and, as a result, will impact very negatively on the quality and safety of the flight.

The size of the screws

In our assortment you will find the most popular sizes of screws, is used in both small and very large machines. The smallest have a size of 7 x 3.8 inch (which corresponds to the values respectively 177 x 96 mm in the metric system). Besides them we also have available hand propeller 8 inch (208 x 114 mm) and 10 inch (254 x 114 mm). The biggest, because while a 12-inch SF Props propellers 12 x 4.5 (304 x 114 mm) approach, especially in large machines with the capacity needed to carry, for example, large cameras and camcorders or other types of loads during transport.