The control panel is a key component in most industrial and automotive applications. As control complexity increases, and depending on external conditions (including environmental), a traditional control panel interface equipped with buttons and switches may prove to be insufficient, and further hinder the control of a specific process. One of the solutions to this problem is the use of non-contact sensors responding to operator gestures. In this role, the Grove sensor modules, which respond to human movement and gesture, are a perfect solution. 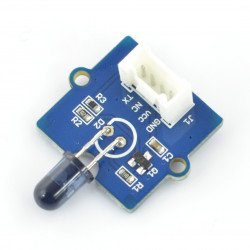 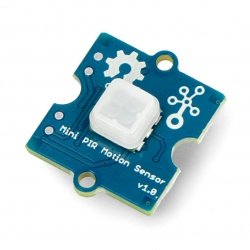 The motion sensor, type PIR with the interface compatible with the Grove series. The object detection is indicated digitally - through the high status on SIG pin. The range of...
Index: SEE-13336
Index: SEE-13336
Shipping in 24 hours
Available 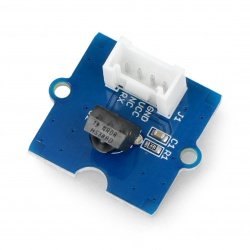 Ultrasonic sensor operating in the range from 3 cm to 350 cm. It is powered with voltage of 5 V. The output is a signal, duration of which is proportional to the measured...
Index: SEE-11360
Index: SEE-11360
Shipping in 24 hours
Available 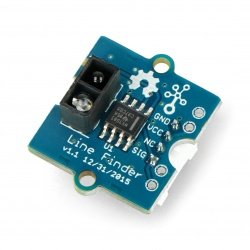 Module from the Grove is equipped with the reflective sensor  RS-06WD. It consists of LED emitting the infrared light and phototransistor of high sensitivity. It is supplied...
Index: SEE-11331
Index: SEE-11331
Shipping in 24 hours
Available 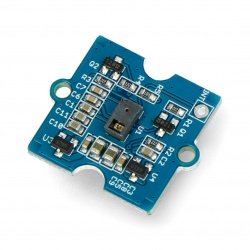 Module from the Grove series, is equipped with a gesture sensor PAJ7620U2 with I2C interface. It can recognize 9 basic gestures. It is powered with the voltage of 5 V. It has a...
Index: SEE-11312
Index: SEE-11312
Shipping in 24 hours
Available 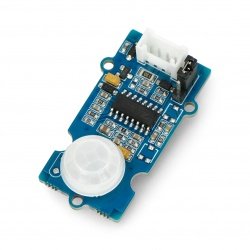 Motion sensor type PIR interface is compatible with Grove series. Object detection is indicated by a digital position in a high pin SIG. The range can be set within the range...
Index: SEE-11343
Index: SEE-11343
Shipping in 24 hours
Available 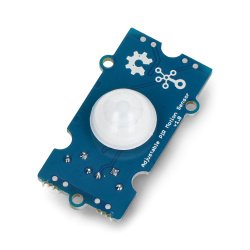 Adjustable motion PIR sensor with an interface compatible with the Grove series. It's a simple to use passive infrared sensor. Object detection is indicated digitally - via...
Index: SEE-13813
Index: SEE-13813
Shipping in 24 hours
Available 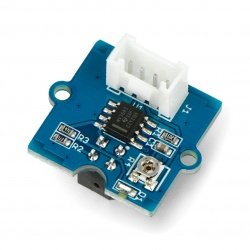 Module from the Grove series is based on a reflective sensor RPR-220. It consists of LED emitting the infrared light and phototransistor of high sensitivity. It is supplied...
Index: SEE-11323
Index: SEE-11323
Shipping in 24 hours
Available 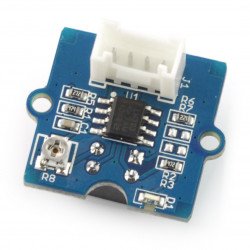 Module from the Grove series is based on a reflective sensor ITR9909. It consists of LED emitting the infrared light and phototransistor of high sensitivity. It is supplied...
Index: SEE-11325
Index: SEE-11325
Shipping in 24 hours
Available 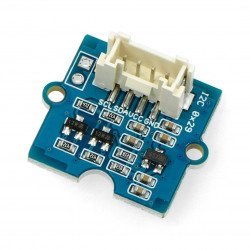 The VL53L0X laser distance sensor measures with Time of Flight technology. It is equipped with a diode emitting a 940 nm long beam. It can measure distances from 3 cm to 100 cm...
Index: SEE-15331
Index: SEE-15331
Shipping in 24 hours
Available 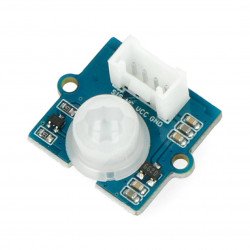 PIR sensor for motion detection using IR diodes. It allows to generate low or high state at the output. It does not require Arduino library for proper operation. It detects...
Index: SEE-16909
Index: SEE-16909
Shipping in 24 hours
Available 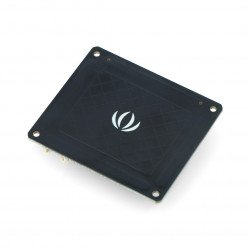 The gesture sensor is based on the MGC3130 chip, which allows the Raspberry Pi to track movement and gestures. The sensor is divided into an internal area and surrounding...
Index: SEE-14979
Index: SEE-14979
Temporarily unavailable
Waiting time: 4-6 weeks 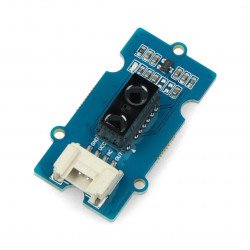 The first implementations of sensor devices for non-contact control, were used to detect an object approaching toward the sensor and in response send a trigger signal to start the appropriate process. Automatic gates, soap dispensers, porch lighting on building structures, hand dryers, or car parking assist devices all use contactless sensors as an input source. For this purpose, they use distance sensors, which resemble two-state switches from the wiring diagram, and gesture sensors, which recognize an operator's gestural movements in three dimensions and thus enable objects to be controlled in an intuitive way. Gesture control also allows the user to match the response of the controlled object to the range of motion seen by the sensor. This is one of the key features in video game systems.

Non-contact control systems in sophisticated video game consoles, use lasers and special cameras to record the player's movements. With the ability to detect a variety of simple movements, simple motion sensors have found applications in consumer electronics, electric musical instruments, and automotive applications. For example, changing a radio station in a non-contact manner will require a swipe of the hand to the left or right, within the sensor's field of view. Adjusting the volume can be done by moving your hand closer or further away from the sensor. In such applications, among others, the most technically and economically advantageous solution is the use of infrared (IR) light sensors. In one of the simplest approaches, IR sensors consist of two infrared light emitting diodes (emitter) and an infrared receiver placed between them. The radiation coming from the IR emitter, typically has a highly directional characteristic. When you wave your hand in front of the IR emitter, the infrared light reflected by the IR receiver will change in intensity proportional to the movement you make - for example, if you move your hand from the left to the right side of the sensor, the amplitude of the signal from the IR emitter will increase, and similarly in the opposite direction of hand movement. Then, the IR sensor sends a signal to the microcontroller which, by means of the uploaded program, analyzes the input data in terms of the speed of the gesture and its type and direction, and then, depending on these factors, sends control signals to the appropriate output devices.