Yuneec Typhoon H hexacopter equipped with 3 axis gimbal with 4k (Ultra HD) camera. Ideal for both commercial and recreational use. It has the functions of obstacle detection with sensors. The included control unit enables live viewing from the camera. Battery allows for 25 minutes of flight.

Yuneec Typhoon H hexacopter equipped with 3 axis gimbal with 4k (Ultra HD) camera. Ideal for both commercial and recreational use. It has the functions of obstacle detection by means of ultrasonic sensors. The included control unit enables live viewing from the camera. The battery allows for 25 minutes of flight. Foldable undercarriage and arms make it easy to carry.

Typhoon H is an advanced platform for aerial filming. It was designed by specialists in its field with the help of users of previous models in this series. Hexacopter provides many features that were previously only available in very expensive and professional drones inaccessible to ordinary users. 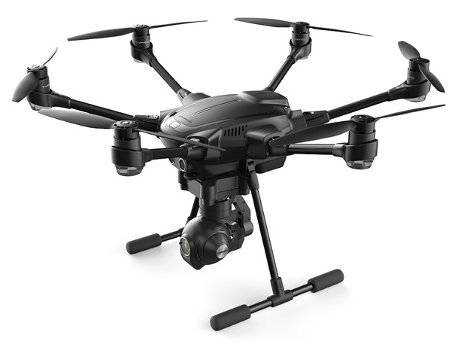 Typhoon H takes fantastic quality photos and videos thanks to the modern CGO3 camera recording in Ultra HD (4K) quality. The camera works on the basis of Android, equipped with a clear 7-inch touch screen. The screen displays the live image from the camera in 720p HD quality.

See the world in all its glory with 360° gimbal

The CGO3+ 3 axis stabilizer together with the camera allows for smooth 4k UHD shots. The camera is equipped with a 12 MPx sensor and a wide-angle lens (115°), so it creates amazing photos and records in 4K quality. Innovative gimbal with the possibility of 360° rotation has the possibility of full control from the control camera. 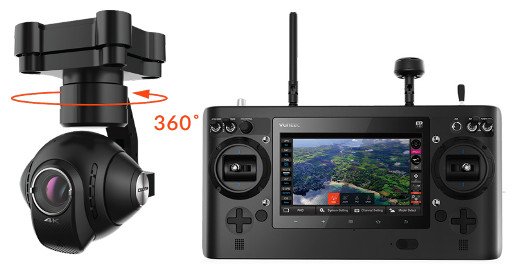 The control unit with a 7'' camera preview on the 7'' display is included.

All functions in one device! Ground station running on Android software on components from the renowned Intel company. The display shows all information about flight parameters, gives access to autonomous functions and camera settings. All this is done in real time, without the need for external software.

Control with one hand and have full control!

An ultra-lightweight remote control that gives you full control with just one hand. It is fully functional, has the ability to start engines, fully controls gimbal and the whole drone. It gives access to the following functions: return home, flight by point and follow me. Having the pilot with you and turning on "follow me", the quadrocopter will follow the pilot on its own. It has Intelligent Directional Control functions, i.e. changing the tilt of the remote control to the left or right is equivalent to the tilt of the control rod:

If one engine fails during the flight you don't have to worry! Typhoon H will automatically switch to 5 engines and you will still be able to fly safely and steadily!

Propellers of Quick Relase type allow for quick propeller assembly and disassembly. They are made of the best plastic materials, avoid vibrations during the flight and make the hexacopter react to every command in a flash.

Typhoon H has the function of a fully folding landing gear during flight. This will allow you to get a 360° view without any obstacles. 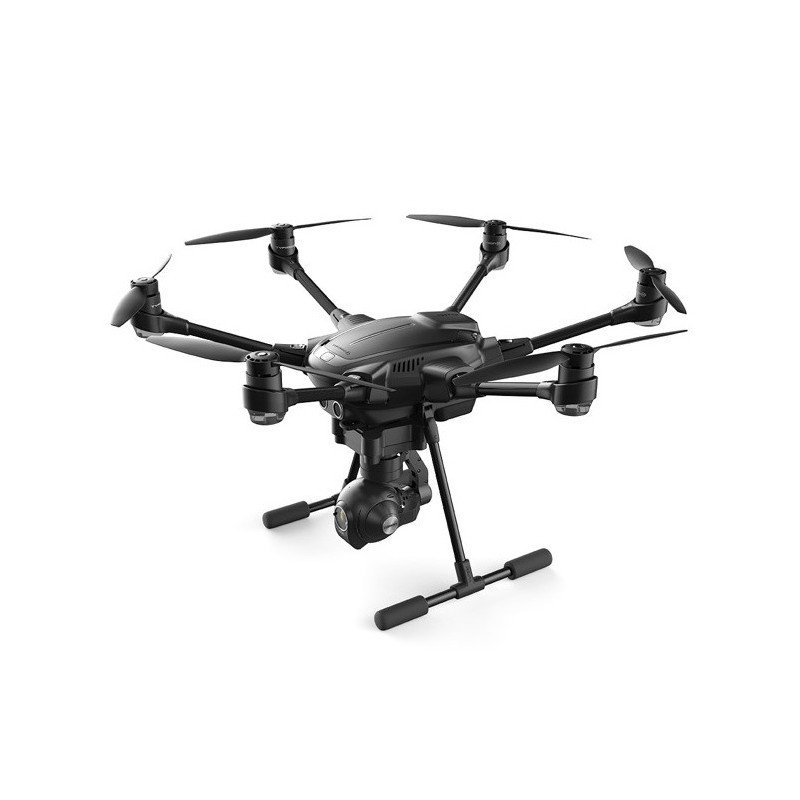 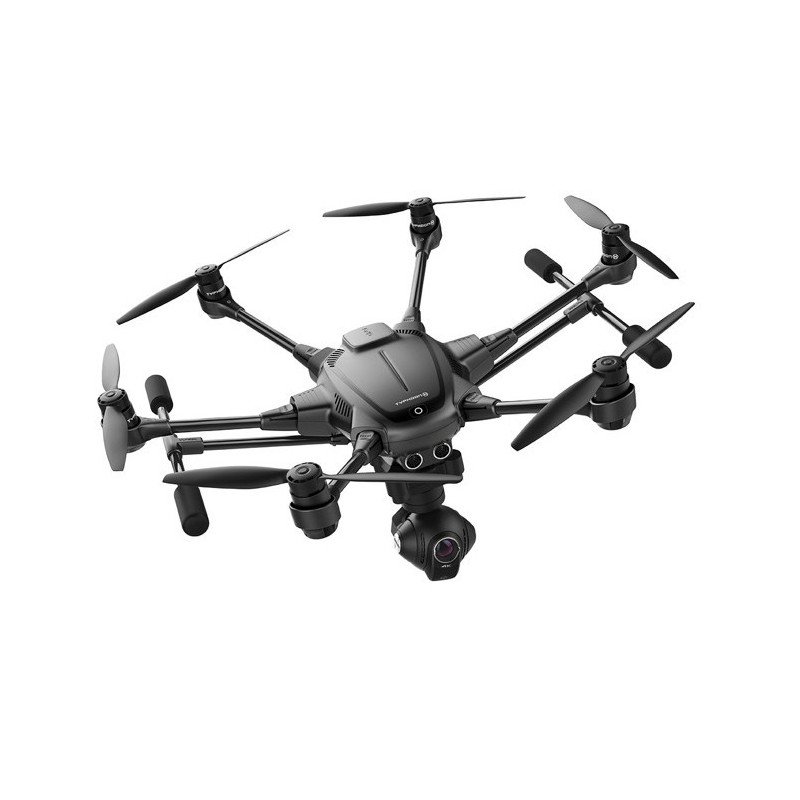 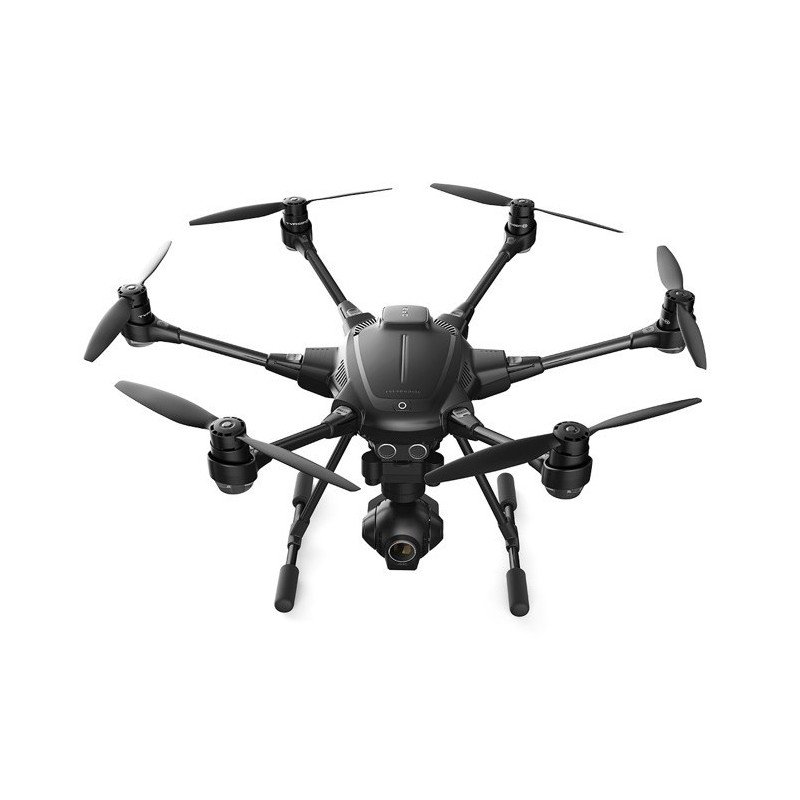 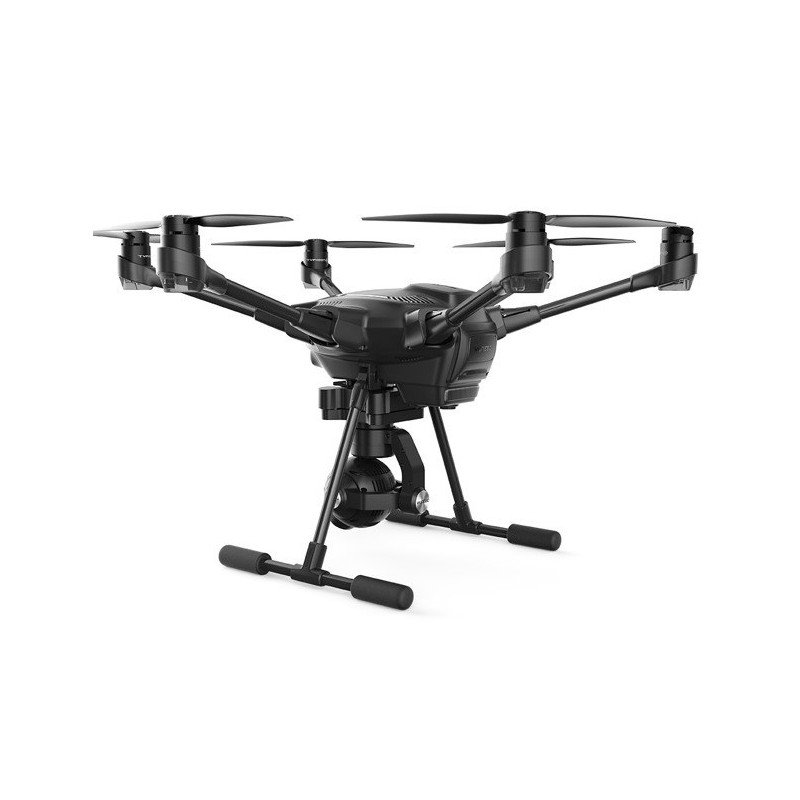 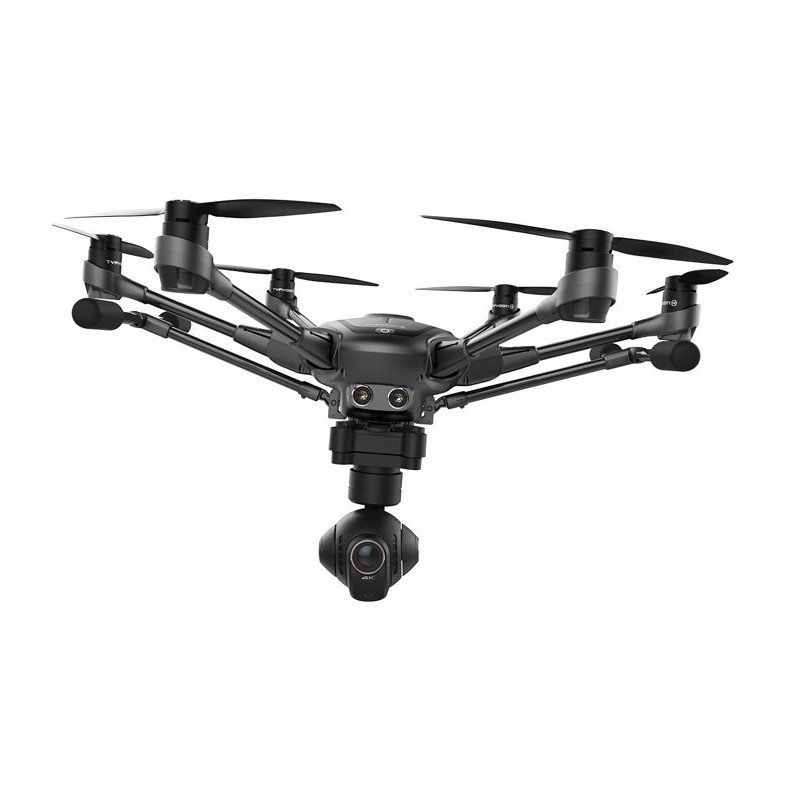 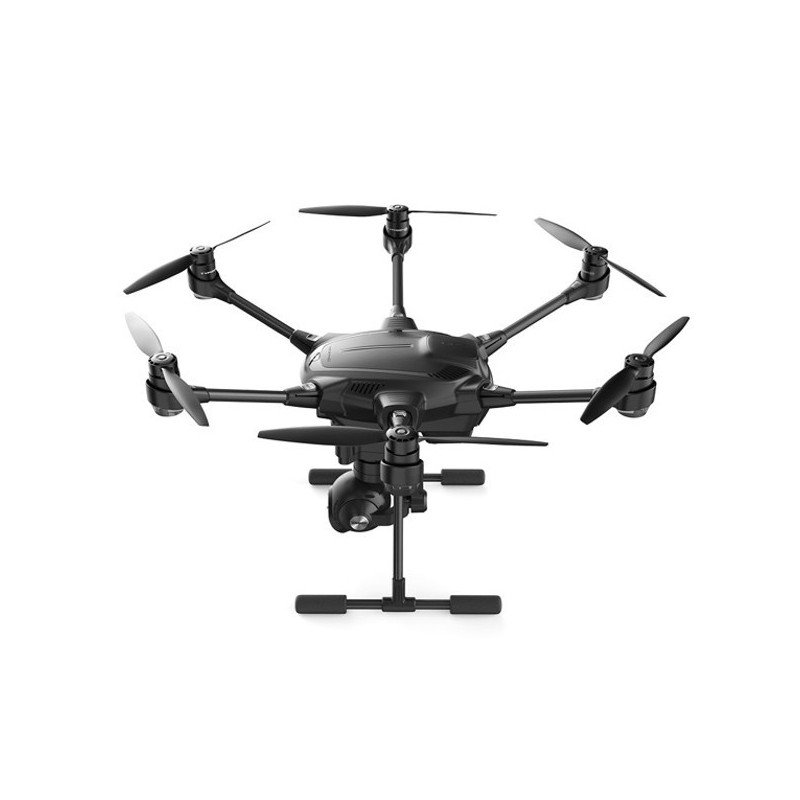 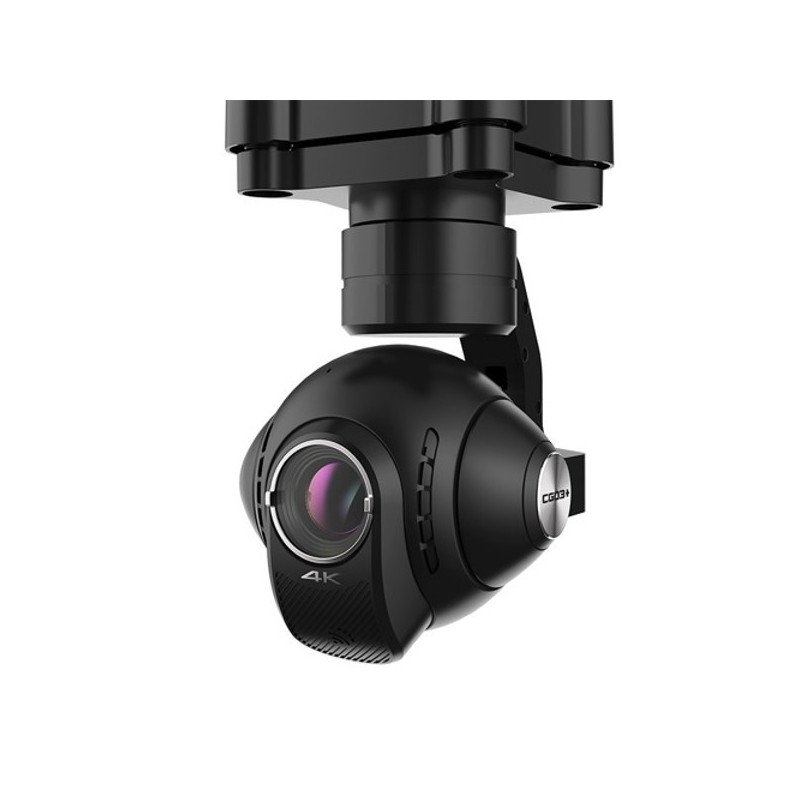 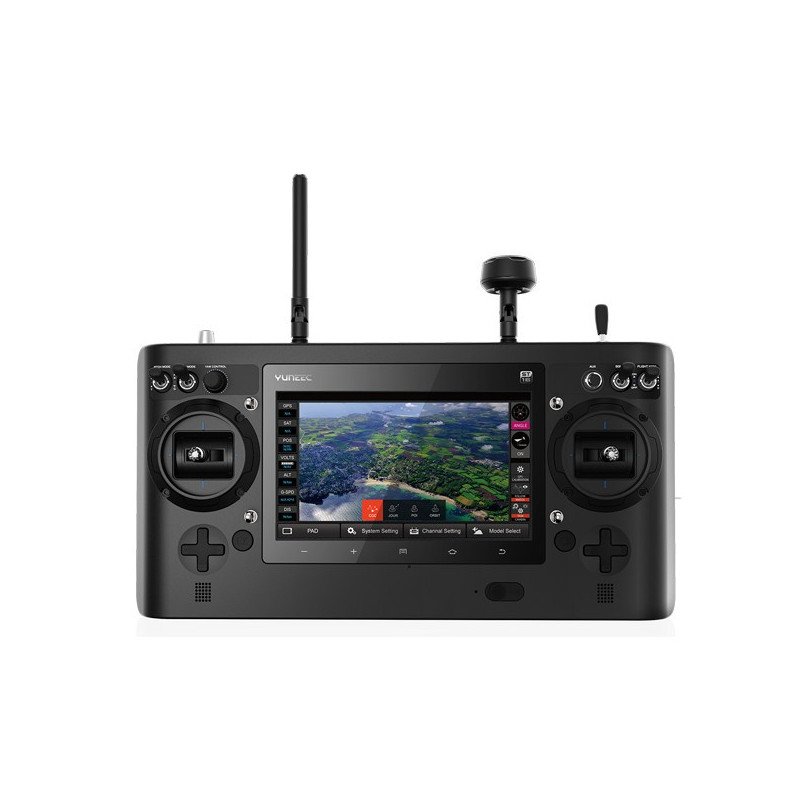