WisBlock Sensor are expansion modules for the WisBlock series. They include, among others, environmental sensors allowing to measure values such as temperature, humidity, pressure and ambient light intensity, as well as positioning modules: accelerometers and localizers. The use of WisBlock Sensor modules allows to create original applications and extend design missions.
Expand... Collapse...
Products: 6
Loading... 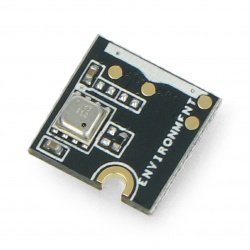 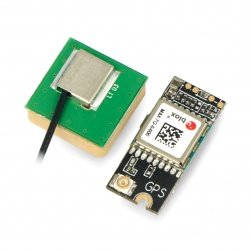 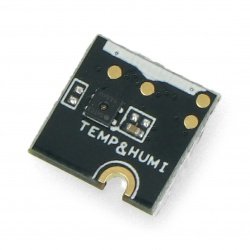 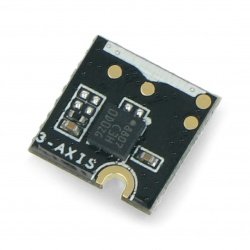 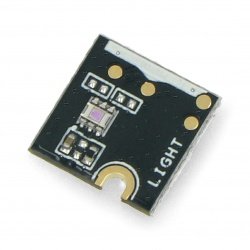 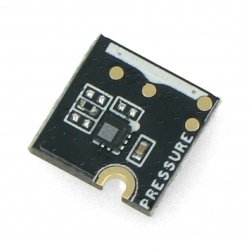 A pressure measurement sensor manufactured by Rak Wireless. The component is in the form of WisBlock Sensor extension, which is compatible with WisBlock Base Board and WisBlock...
Index: SOC-18972
Index: SOC-18972
Shipping in 24 hours
Available
(Check quantity)

The WisBlock series was created by RAKwireless, a Chinese company that develops solutions for IoT systems. WisBlock components are modular, which makes it easy to connect basically all products in the series. This makes it very easy to design devices and installations, prototype and even create entire automation systems consisting of many smart devices. The WisBlock collection includes, among other things, sensors, wireless communication modules, logic circuits, user interface elements, memory, and a range of add-ons, such as antennas and enclosures. You can also find modern development boards, which are great for prototyping and building your own electronic devices, and designed extensions for them, which are also compatible with other items available on the market (for example Raspberry Pi).

In the WisBlock collection you can find a wide range of sensor modules. Among others, there are sensors allowing to detect and measure temperature, air humidity, light intensity, opening doors and windows, acceleration or atmospheric pressure. They can be used when building your own robots or electronic devices, when creating automation installations and as part of IoT systems. The WisBlock Sensor series is characterized by the use of well selected, robust materials and high quality workmanship, thanks to which they are very durable and reliable in operation. Modular design of WisBlock sensors allows to easily mount and dismount segments with sensors in desired position, which makes them perfect for prototyping.

LPWAN in WisBlock modules and sensors

LPWAN is a low-power wireless networking technology that can be used, among other things, in IoT systems to communicate between individual smart devices. LPWAN wireless communication modules can also be found in the WisBlock collection. By using them to build IoT devices, you can create an excellent basis for your own intelligent system, for example one based on communication using the LoRaWAN protocol. Other WisBlock wireless communication modules allow you to create connections based on WiFi, GSM or Bluetooth, so you can easily find a solution that works best for your project.

What WisBlock sensors can you find in this section?

In this category you will find a large selection of sensors from WisBlock Sensor collection, which you can use in various electronic projects. Our assortment includes humidity and temperature sensors, atmospheric pressure sensors, integrated environmental sensors (simultaneously measuring temperature, atmospheric pressure, humidity and gas detection), triaxial accelerometers or modules with sensors allowing to measure light intensity. You will also find extensions for the WisBlock Sensor, such as location modules. Each of the products is designed to be easily connected with other WisBlock elements, making the assembly of a project using them even easier and less time consuming.